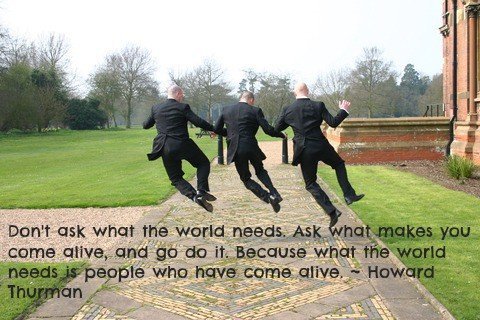 It’s time to embrace your inner child.  You know…the one who had fun at a drop of a hat. the one who was full of the joys of spring, yes…that one.

Remember as children we would sometimes play an imaginary game, a game we made up in our inner world, where we would have cars, or dolls, or other inanimate objects come to life and experience whatever we made up with our thoughts?  Or was it just me?

I see it in kids today – they have an innate ability to imagine any story or idea they choose and then play out the scenes that they’ve made up as they went along.  They get lost in their land of make believe and in that moment of time, it’s as real to them as the real world is to us.  They’re totally immersed in it, engrossed to the point of shutting out this so called ‘real world’.

In effect they’re practicing using their creative power.  This ability lives in every one of us still, only now we use it less for play and more because we recognize its creative power in our world.

Maybe we’re using it unconsciously and are totally, horribly surprised at what we encounter in our day.

[success] All the world’s a stage, And all the men and women merely players: They have their exits and their entrances; And one man in his time plays many parts. ~ Shakespeare[/success]

We are all operating on the stage of life; our whole life is a play that’s written by us, produced by us, directed by us and then acted by us.  We’re not puppets at the whim and whimsy of some arbitrary outside force, we’re powerful creative beings making our life experience as we go along.  We know how to do it, we practiced it as kids. 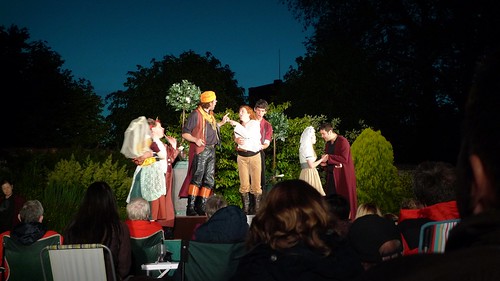 [success] Man has his future within him, dynamically alive at this present moment. ~ Maslow[/success]

And our future is being created and dramatized, rehearsed within and reflected onto the screen of life for all to see.   Not happy with your cast of characters?  Don’t bother asking them to change…it’s your script after all and change can only take place where it originated…within you.

Don’t like the story line?  Unhappy with your play?  Write a new one.  Imagine a different truth for yourself.

And never forget this:
[success] We don’t stop playing because we grow old; we grow old because we stop playing. Shaw[/success]
Encourage one another.
Love Elle.
xoxo.
Photo credits:
Garlandcannon
Foilman
Nruboc
2 shares

How to Use Your Imagination to Create a Brilliant Life