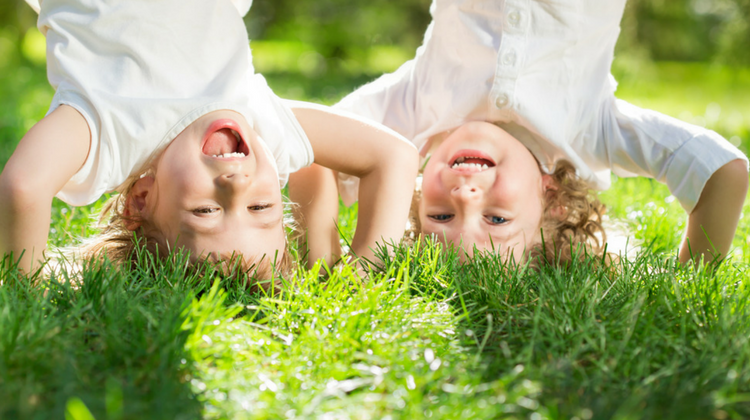 But for young children it’s a smooth easy flowing experience that’s as natural as breathing.  One minute they’re pirates afloat on a stormy sea, the next super heroes, rescuing the world from it’s latest peril.

They float between the worlds of imagination and reality with ease.  Us grownups, not so much.

Whatever happened?  Wherever did all that creative imagination go?  For some of us it was stifled, and ended up in a power suit and sent into the world of ‘serious business’.  But mostly, at some point we simply stopped seeing ourselves as imaginative, creative beings.

I recently read of a study that showed that ninety per cent of seven year olds saw themselves as creative but only seven per cent of twenty year olds thought the same thing.  What’s up with that?  How did that happen?

We must be like those seven year olds and believe we are.  To be creative, we must believe that’s who we are.  Everything we currently are is because we believe it to be true.  Doesn’t have to be true, we just have to believe it.  I love imagination it’s so full of…anything I want.  Sadly mine has some stuff in it that I really don’t want anymore. Does yours?

It’s one of the most fantastic things about us

William Blake called it the very gateway of reality.  By imagination we have the power to transform our life, our world.  And when it becomes stilted and a little lost to us for whatever reason, our progress also becomes stilted and slower and harder.  And we make it more difficult still because all the old stuff we’ve imagined, that we no longer want, that no longer brings us a happy fulfilled life, is still there, like a magnet, attracting life.

Nothing is impossible to your imagination, how can it be…it’s unlimited. Anything you can imagine can be achieved.  Whatever your goals or desires are, harness your imagination to them and you’ll be amazed at the heights you can reach.  But it requires a disciplined imagination to succeed.

Jeannie worked for a highly successful hotel and nightclub owner.  He wasn’t always successful…it hadn’t been an easy road for him.  But here he was and there Jeanne was.  She decided she was going to be just like him, so she began to pay attention to what he did and how he did it.

She spent years emulating her boss and I’d love to be able to tell you that she became as successful as he.  Didn’t happen.  She was paying attention to the wrong aspect of who the man was.  It wasn’t his actions she needed to emulate it was his point of view, the inner mental conversations he had with himself, the beliefs he held…in fact everything that made up his imagination.

Now if she’d simply imagined she was as successful as he was and pictured herself right into that role…who knows where that would have taken her…but we can be pretty sure it’d be somewhere good, even great.  Can’t we?

Choosing what’s right for you

Inside every adult there’s still a child that lingers. We’re happiness merchants – giving people the opportunity to dream like children.  ~ Guy Laliberte.

We experience our heart’s desire through the use of our imagination.

If you want a new and different life the first thing to be done is to live it in imagination.  Not how it happened, but right at the end of the experience.

Let’s say you have a dream house in mind, one that’s ideal for you.  Imaginally, see yourself sitting somewhere in the house enjoying everything about it; maybe you’re sitting outside training birds to sing….probably not…there’s only one ding-a-ling here and that’s not you.

It all worked out so well, you can hardly remember how you got there, or what steps you took but you are glad you did and a feeling of gratitude is yours as you look around your beautiful home.  That’s using creative imagination at it’s best, to fulfill a dream.

How about a promotion, can you imagine being congratulated, can you sit at your new desk, can you feel how thrilled you are?  Of course you can.  You can imagine anything you want.  But will you?

As you use your imagination, make sure that you are actually performing the action, hearing the words, touching the object, or smelling the fragrance. Use as many senses as feel normal. It’s much more than seeing something with your mind’s eye, like a daydream.  You must enter the dream as if you were actually there, seeing it as something happening right now.

Whether it be for a new home, successful career, greater health, financial freedom, your last and best romance – any and all of these desires can be lived in, your thoughts dominated by your ideal life.

Picasso said “Everything you can imagine is real.”   Sounds to me as if the man knew a little something about creative imagination.  He knew that a picture, sustained in our imagination would have to manifest in our outer physical world.  That’s what made him Picasso.

Tags from the story
change, inspiration, photographs, Quotes, Self Improvement