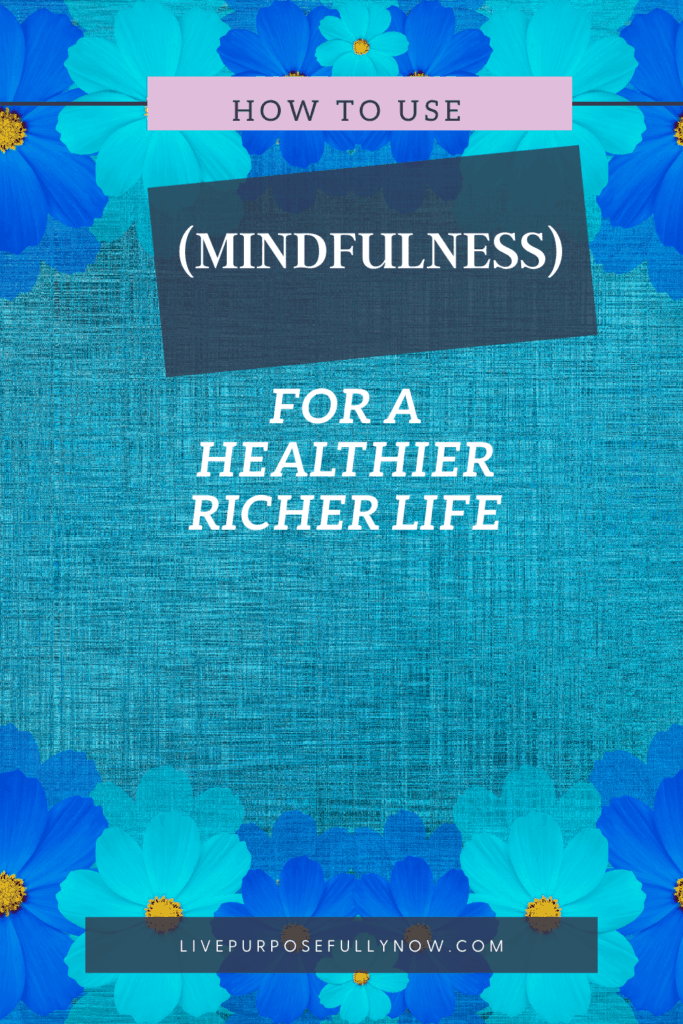 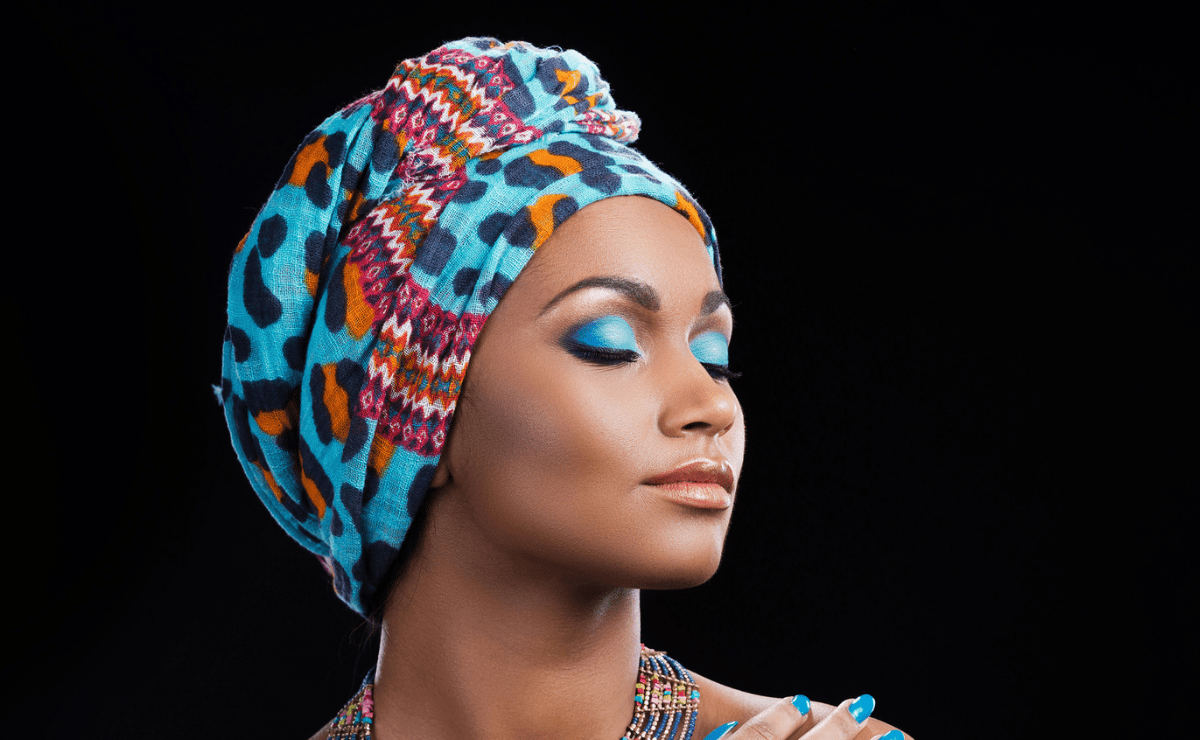 We all know the word. Mindfulness. You probably have some image in your mind as you read those words as to what mindfulness is.

Maybe you think of it as someone who is meditating mindfully as they sit legs crossed, hands on their knees with an expression of serenity on their face.

That’s what I used to think.

But I’ve discovered mindfulness is not only a spiritual practice, I found it a vital part of living a full and happy life.

The type of mindfulness I’m talking about here, isn’t the kind that leads to self-realization. There are those who write on this topic more eloquently and with greater depth and understanding than I ever could.

Mindfulness definitely has its roots in Eastern spiritual traditions though it’s been transformed into a more secular practice in the West and this is where I want to go with Mindfulness right now.

The Western practice of mindfulness is still often considered a form of meditation. A mindset to train your mind not to let your thoughts and feelings hijack your thinking mind.

A good reason for this mind training is that it relates to mindfulness as a predictor of happiness.

According to Harvard researcher Matthew A. Killingsworth people spend 46.9 percent of their waking hours thinking about something other than what they’re doing, and this mind-wandering typically makes them unhappy. That’s a lot of time to be making ourselves unhappy.

I am living proof

That some of us spend a lot more time thinking about what is not happening around us than paying attention to what we’re doing. And that’s part of the reason I began to give more attention to the secular practice of mindfulness.

I’m someone who takes supplements for my health. And I was mindlessly taking them. Paying no attention to what I was doing because my mind was totally engaged elsewhere, leading me to have to stop and think whether I’d taken one or the suggested two of a particular supplement. And honestly there were getting to be far too many times when I wasn’t certain. And it began to bother me.

It didn’t help when I would myself getting sleepy in the middle of the day and I’d realize I’d taken one too many of a magnesium supplement that tended to make me sleepy if I took more than the recommended dose!

Not great for someone who needed to focus on various projects that I have on the go.

Did you know that half of all Americans are low in magnesium? Pharmacy Times.

Are you paying attention?

Maybe not as much as you might think. And it typically leads to unhappiness – science.sciencemag.org  or like me messing up the supplements that would give me the best results for my health.

And practicing a little mindfulness can prevent errors, and mistakes and even lapses in judgement.  I needed to own my attention. Is the same true for you?

Mind-wandering is an excellent predictor of people’s happiness. In fact, how often our minds leave the present and where they tend to go is a better predictor of our happiness than the activities in which we are engaged.

Time-lag analyses conducted by Killingsworth and Daniel T. Gilbert suggested that their subjects’ mind-wandering was generally the cause, not the consequence, of their unhappiness.

Over many years of study and practice of spiritual principles I have learned that by paying attention to the flow of thoughts and feelings within and practice directing them deliberately, led me to have more of the experiences I want in life.

It is a tantalizing and unique design of nature that our best life must be attracted from within rather than pursued from without.

So I began to take responsibility to ensure that I managed my thinking better. And that’s where mindfulness helped.

I know this for sure.  I have flare ups of what’s considered to be the most painful condition known to man, Trigeminal Neuralgia and after reading Eric Garland, professor and associate dean at the University of Utah College Social Work speak about how the practice of mindfulness appeared to help people cope with chronic paid, I decided to give it a try.

I’m not brilliant at statistics but he recommended mindfulness breathing as a way to reduce pain by 23% and it certainly has helped me. The goal is not to control the breath, just pay attention to it. Think of it as a form of meditation instead of medication. I’m not claiming it’s a lasting reduction in pain. But nor is taking medication, the effects of which often wear off after a couple of hours and you find yourself reaching for the bottle of pills again.

If you’re open to being a little more mindful in your life try these practices.

Step by step instructions for a short body scan to address pain or to help with a better night’s sleep.

If overwhelm or stress is bothering you here’s some streaming mindfulness techniques from Diana Winston, director of mindfulness education at the Mindful Awareness Research Center at the University of California, Los Angeles.

And for those who like guided mindfulness meditations here’s one from mindfulness research pioneer Jon Kabat-Zinn.

Keep an eye out for the stories your mind tells you

Remember, your mind is always telling you stories, and many of us take those stories as our set-in-stone reality in life, which is so not true. Nothing in life is set-in-stone. If we change the stories we tell ourselves our experiences in life will be different.

It takes a little time and practice to get pretty good at mindfulness, so don’t get disheartened if there aren’t instant changes in you on day two. Just as you wouldn’t lift weights once and give up the next day because nothing changed.  Though truth be told I might be the one to do that with weights because even if it’s good for you I find it boring and any old excuse to give up would be my get out of jail free card! 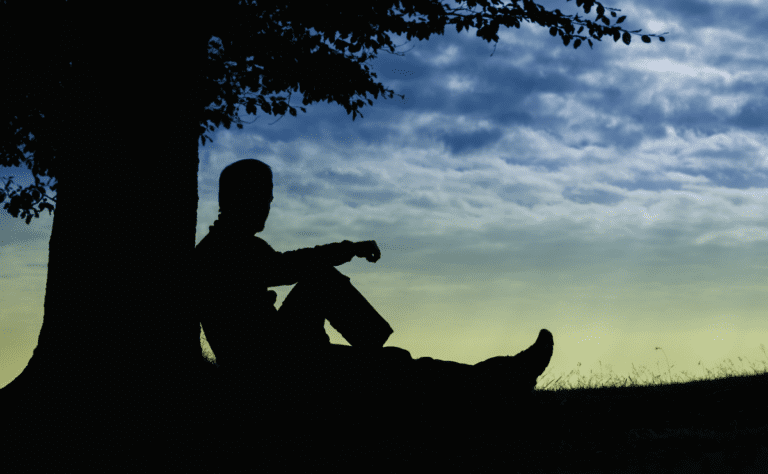 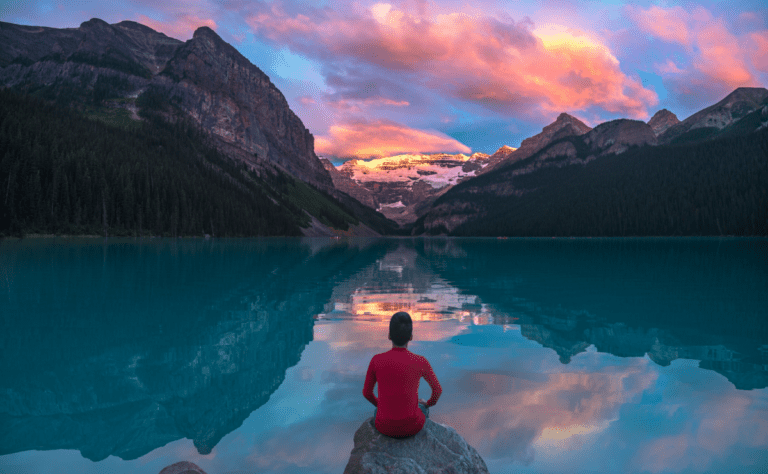 The Missing Link to A Magical Life 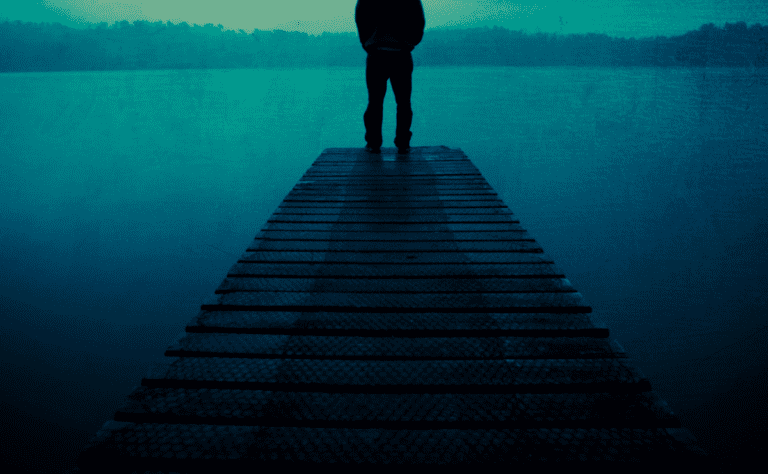 Knowing This One Thing Will Change Your Life