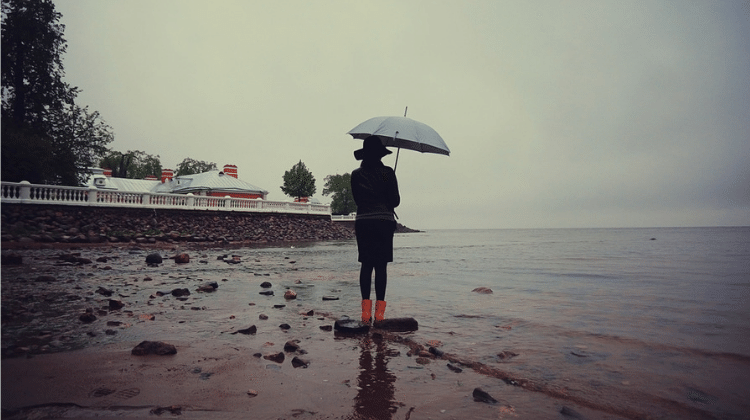 You hate to admit it.

But let’s be honest. Criticism hurts.

Even friendly, well-meaning “feedback” can feel like a gut punch.

In a sea of positive comments, a single negative remark is enough to sour your mood. Sometimes this reality is sobering, other times it’s infuriating. How can one person have so much power over you?

Why does criticism hurt this much?

Truth is, you may not even realize how much your aversion to the pain of criticism dictates every decision you make and every action you take (or don’t take).

It may keep you from speaking up in public. Or offering your opinions and ideas. Or executing on an important goal. Just the thought of having to face a critic is enough to trigger a panic attack and keep you from leaving your house.

So you try to play it safe. You stay quiet. You don’t execute.

But there’s a high cost to playing it safe…you might be free of most criticism, but you don’t live up to your full potential.

The pain threshold of action

If you already feel you’re not living up to your potential, you may have crossed what I call the pain threshold of action. It’s the point at which the pain of inaction finally exceeds the perceived pain of taking action.

Until we reach this point, we’re comfortable to keep thing status quo.

Eventually, the pain of not sharing our gifts with the world for fear of criticism becomes too great to ignore. There’s now greater incentive to take action despite our fears.

What are you afraid of?

But before you can take effective action, it would be wise to confront the fear of criticism. And the first thing you need to do in confronting your fear is to ask yourself this direct and obvious question: What are you afraid of?

Understand these feelings are natural and normal. You don’t have to pretend to be tough or judge yourself for having these fears.

Once you’ve reached the pain threshold of action and explored your fears, the next key step to overcoming the fear of criticism is to ask yourself a simple but powerful question.

The one question you need to ask yourself

But first, think back to a time when you were harshly criticized or witnessed someone being criticized. Have you noticed that the critic is almost always on the sidelines so to speak?

So what’s the one question you need to ask when confronted by the fear of criticism? Ask yourself:

If this question has a ring of familiarity to you, it’s likely thanks to Brené Brown who popularized the “The Man in the Arena” quote by Theodore Roosevelt in her book Daring Greatly.

Here’s the quote, as presented by Brown: in her book Daring Greatly.

“It is not the critic who counts; not the man who points out how the strong man stumbles, or where the doer of deeds could have done them better.

The credit belongs to the man who is actually in the arena, whose face is marred by dust and sweat and blood; who strives valiantly; who errs, who comes short again and again, because there is no effort without error and shortcoming; but who does actually strive to do the deeds; who knows great enthusiasms, the great devotions; who spends himself in a worthy cause; who at the best knows in the end the triumph of high achievement, and who at the worst, if he fails, at least fails while daring greatly….”

Encountering this quote forever changed the way I thought about my critics. And it allowed me to formulate the question above.

Is your critic playing in the same arena as you?

If yes, then my perception of their comments, no matter how difficult, changes. I perceive it less as criticism and more as helpful advice. If the answer is no, then give yourself permission to disregard the criticism without another thought.

For instance, if you’re a struggling author, you’re better off seeking the advice of more seasoned authors rather than entertaining the unsolicited comments of people who’ve never written a word.

You need not be afraid of them because they are on the sidelines. You’re the one who gets the credit for taking action despite your fears.

So stand tall and from this point forward resolve to never allow the critics to silence your voice or convince you that your gifts are not worth sharing.

Ask yourself this question often and you’ll become an unstoppable force for good.

Cylon is a spiritual chaplain, musician, devoted husband, and busy dad of seven. He blogs about practical spiritual tips for living well at Spiritual Living For Busy People - sign up and get his free guide 20 Little Tricks To Instantly Improve Your Mood Even If You Feel Like Punching Something (or Someone) You can also purchase his book Self-Love: How to Love Yourself Unconditionally