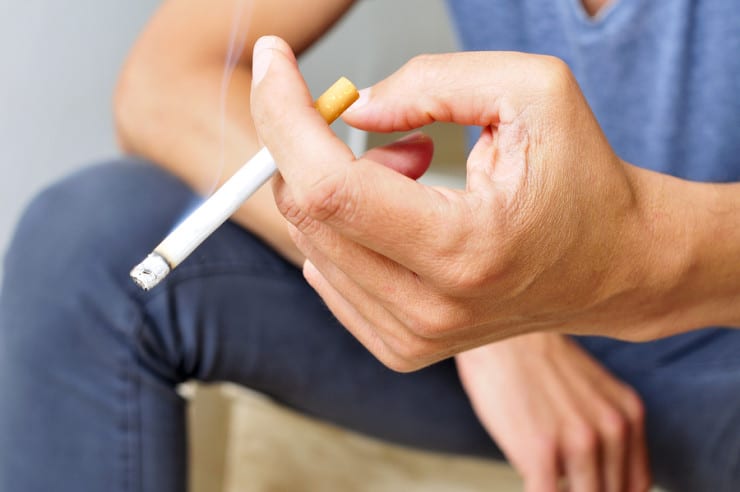 There are times, and this is one of them, when any plans I have, like writing something new, coming up with brilliant  ideas, or giving up sugar for a month disappear into the ether.

Ever had a day like that?  You want to do something really badly, but somehow can’t?

Regardless of lost ideas or sugar, if I’m going to practice what I preach, I can’t really focus on what I don’t have or can’t do.

But talking of preaching, hmmm a rather nice segue into a story that I heard in Church last week.

Jerry had been a smoker all his life and had tried umpteen times to give it up.  He’d thrown his cigarettes away, tried a patch, hypnosis…in fact every time someone had a new idea on how to give up smoking Jerry enthusiastically jumped at the opportunity to kick the habit out of his life for ever.  All to no avail.

Eventually he ended up talking to our Minister.  His doctors had said he needed to stop smoking, his health was being seriously damaged and Jerry was at his wits end…he’d already tried everything and nothing worked.

The Minister said he could help if Jerry would just do as he said.  Providing you don’t ask me to repeat all the things I’ve tried Jerry told him.

Just do what I say

Here’s what I want you do the Minister said.

Jerry couldn’t stand it any longer.

But the cigarette’s in my mouth, I’m going to be smoking it.

Will you just do as I say?  Otherwise I can’t help you.

When you light up the cigarette….

I know I say thank you Lord, I’m no longer a smoker.  Then what?

But I’m going to still be smoking.

Will you just do what I’ve told you?

Four weeks later he was back to see the Minister.

I loved that story.  The Minister said it happened just the way he told it.

Whenever we hear an ‘I can’t’ in our head we know it’s time to turn it into an ‘I can’.

We’ve all heard stories of people who’ve been fired for a variety of reasons and they say to themselves, I’ll show them, and they go off and do something brilliant. This is turning an ‘I can’t’ into an ‘I can’.  Don’t let people give you an ‘I can’t’ instead mentally hear ‘I can’ and who knows what you’ll accomplish.

Of course for Jerry, it might have been a case of divine intervention…who am I to say?