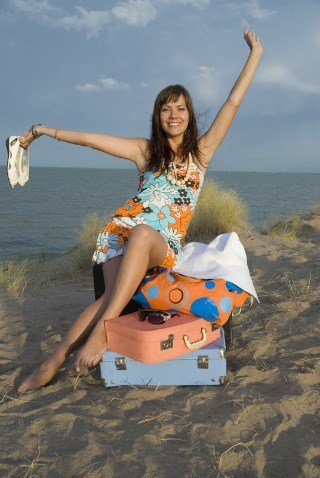 Have you ever found yourself asking, how the heck did that happen? Wondering what the source of something was?

Ever had a fear that evaporated, almost overnight leaving you stepping out into the world in a brand new way?

I know that feeling.

On the off chance you’ve noticed something a teeny bit different about the site.  I thought I might have some ‘splainin to do.

She who always said she liked to fly under the radar, and has done so perfectly happily for the past year or so, has suddenly come out of the dark.  No longer an iconic gravatar of some English miss drinking tea…I’ve become a real life person.  And here I am gazing out at the world from my blog.

What the heck did happen?

But mostly it’s Emile’s fault.  He started the ball rolling.

Emile Coue and his writings are the base source for many ideas we read about today.  He’s influenced hundred’s of writers.

There’s the plank story, that so many talk about, including me, here, and then there’s autosuggestion, think Silva and affirmations; the conscious and the unconscious self and so much more.

Red flag warning:   If you plan on following my lead, and implementing his ideas, all I have to say is look out.  You might find yourself moving into an entirely new state of mind, bringing unexpected results.  Just saying. 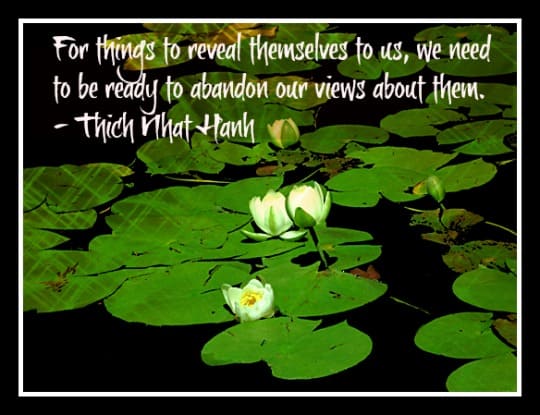 How a little focus can bring big results.

So there we are Emile and me together again after all these years and I was reading one of his most popular affirmations.  The one he created for his patients back in the 1930’s.

“Every day in every respect I am getting better and better.”

Which of course has been altered to the modern version:

“Every day in every way I’m getting better and better.”

I liked it.  I decided to modify it further, because as everyone knows I’m a big believer in going to the finished article not what might be, but what is.  So my version became:

“Every day in every way I AM better and better.”

See.  Done deal.  Plus I love I AM statements they’re so powerful.

Another thing everyone forgot to mention was that Emile recommended that we affirm this twenty times in the morning and twenty times and night.

Okay, I was on it.  You know I experiment with these things so you don’t have to.  You’re welcome.  I love you right back.

And he added something else that no one talks or writes about, but that I already knew because that’s how it works for me.

In his own words:

“Thus, every morning before rising and every night on getting into bed, he must repeat twenty times this little phrase:  Every day in every respect, I am getting better and better.  And these are the missing words…”In his mind he should emphasize the words in every respect, which applies to every need, mental or physical.”

To me, this meant I needed to imagine and feel that all areas of my life were as I wanted them to be, health, abundance, love, service, spiritual.  Remember it’s the feeling we evoke that counts.

Now for you, should you brave enough to follow this path, it might be easier or it might resonate with you more to use the words getting better and better, or getting thinner and thinner, or whatever your specifics are, especially if you have the kind of analytic mind that screams, but it’s not true.

Me and analysis, not so much.  Plus I rather liked an all encompassing phrase which included all aspects of my life.  It’s horses for courses.

And my course is always for greater expression and expansion…in everything.

Hey we work with what we’ve got.

So I began…never realizing that it would have such a profound and far reaching effect on who I was and what I did.  In short, it enlarged my brain neurons and began forming new pathways along which my thoughts travelled, for those of a scientific bent amongst us.

Should have known better, right?

A couple of weeks passed and ‘every day in every way’ and I become firm friends.  Getting together every morning before I hopped out of bed and every night, my final thought…well next to final…but that’s another tale…before I fell asleep.

And seemingly out of the blue Vanita of VanitaCyril.com fame started to suggest I should really have a photo of myself on my site.

Errr, no thank you was my immediate response.

Would you believe that was just a rationalisation for my behavior?

I know, who’d have thunk it.  I genuinely believed that it was simply a part of my personality.

And in a way it was.

But not in a good way.  It was some concept I had of myself, of the world, whatever…stemming from the desperate shyness I’d experienced as a kid.

And I never realized it. 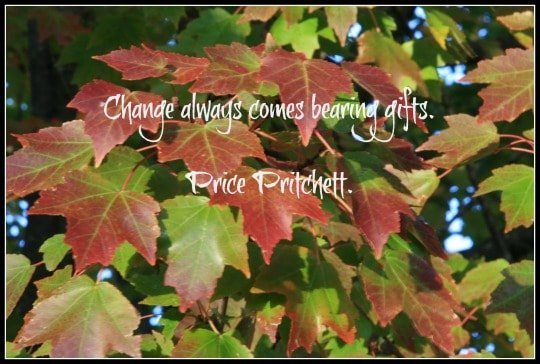 But there we were, Emile and me ‘every day in every way’…and then Tess Marshall of TheBoldLife showed up with an e-course on being bold.

Tess’s course created another shift in my consciousness to the degree that I was becoming more receptive to Vanita insisting a photo was the way to go.

Hmmm.  This might not seem like a big deal to you.  But believe me when I tell you, it was the biggest boldest move I could currently make.  I knew that because it felt so flipping scary.  Imagine the thing that scares you, a lot, in your world, and you suddenly find yourself, virtually overnight, doing it.

Enter Mary Jaksch of A-list blogging fame.  Seemingly out of the blue I received an e-mail regarding her mentoring programme.  Of course there is no ‘out of the blue’ there’s only ‘out of our consciousness. ‘

One of the first thing’s Mary said to me was…

“Elle, you need your photo on your site.”

By this time, I was getting used to the idea…it was becoming a natural part of my feeling process.   I’d heard it often enough that I was becoming more comfortable with the idea.

Plus of course Emile and I and his affirmation were getting along like a house on fire.

And this site is the first of what I suspect are many changes that are going to be showing up in my world.

My self concept, is changing.  Beliefs I’ve held without even realizing I had them are dissolving almost before my very eyes.

If you’re ready or even if you think you’re not, now might be a good time to see what breakthroughs an affirmation can lead to for you.

In the comments below I’d love to hear from you.

Have you ever had an affirmation bring unexpected results?

And even if you haven’t experienced this yet, I’d love to hear of some unexpected results you’ve had lately.

Your share could make a huge difference to someone in our communities.

Thanks for jumping into the discussion and meanwhile: