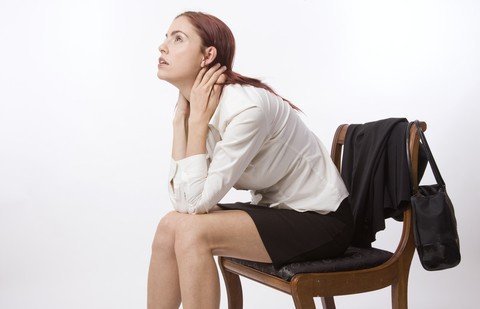 One of the challenges in creating the life we love is that on the way, we become different people. We have to, we’re occupying a different state of consciousness, a new mindset is operating and we have a new self-concept.

And it doesn’t always go over very well.

Sometimes people just become uncomfortable around the brand new you.

And there’s always that old fear of leaving people behind.

Occupying a different mind set changes our energy, which means that we’re vibrating in a different way than we did before.  Energy is everything….think quantum physics.  Energy is how the laws of consciousness work, including the law of attraction.  And if you think it doesn’t matter…pay attention.

Emotions are contagious and we’re programmed to empathize with others and tune into their vibration.

Have you noticed times in your relationships when you just ‘know’ something is wrong with your partner. No words have been spoken…but you feel it.  I bet you have.  That’s what I’m talking about here.

And how about when someone in the office or workplace is in a foul mood and before you know it, your colleagues become more and more irritable and cranky and maybe you join the chorus.

We’re picking up emotions that are floating in the world around us all the time.  Even from people we don’t know, but more especially from those close to us, like our friends, family and colleagues.  And the same is true for them…they’re on the receiving end of our energy.

A few weeks ago I had just such an experience.  One of my friends was really angry with something she’d just read.  Furious in fact.  She was telling me all the reasons why she didn’t believe it and the more she spoke the angrier she became.

She wasn’t speaking any louder, but the ‘feeling’ of her anger was dangerously close to explosive.  I felt as though I was being bombarded.  My chest hurt (probably my heart) and it wasn’t even about me.  It wasn’t even being directed at me.  But what a wake up call.

I didn’t want to fall into the low energetic state of anger with her…it’s oh so easy to do….but it wouldn’t be helpful, to me, her or anyone around me.  Something in my consciousness attracted it…but who cares what that was…I just knew I didn’t want it.

I began to pay attention to how often my mood altered.

You know I do this stuff, so you don’t have to….and you’re right I love it.

I noticed how, as a passenger in a car, the driver’s annoyance with another driver, became my annoyance.  And I wasn’t even watching the road. 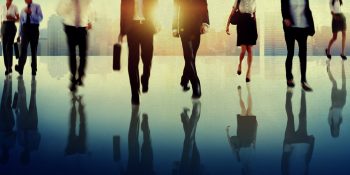 I noticed that being around people who were loving and kind to one another, felt good.  Even though I wasn’t participating in it.

I noticed that people rushing around and elbowing everyone out of their way on the street left me feeling flustered and bothered and I began to feel I’d better get a move on too.  Though I didn’t have anything pressing to do.

And I discovered two handy questions to ask were:

Is this feeling mine?

What reason do I have, right now, to feel this way?

Amazingly enough, nine times out of ten, if it was a negative feeling, I discovered it didn’t belong to me.

Now that was a relief.  And yes…relief was my very own feeling.

And simply asking the questions lifted the heavier vibrations of negativity that didn’t belong to me.

But…if the negativity was mine, then asking the question did absolutely nothing.  It was still sitting there like a bump on a log and I knew I needed to do something about it, to move into a better feeling place.

After all feeling is the secret to our manifesting and planting seeds of cabbages wasn’t going to bring me grapes to eat.  And I’m not that fond of cabbage.

And what does this have to do with feeling unsupported?

Staying in touch with what you really want.

My friend Ellen had been growing and evolving through her studies and practices.  She noticed a shift in her friends and family.  They weren’t interested in hearing how ‘life really worked’.  In fact they were pretty dismissive of her views.  They called them airy fairy, woo woo, and told her she lived in a dream world.

She decided they were holding her back by their lack of support.  Not a feeling that could manifest good things.

She thought maybe if they would just listen to how ‘life really works’;  if she taught them the principles she practiced they would understand and be supportive.

But, every time she was with them it annoyed her that they didn’t ‘get it’. Or they were just disinterested.

She was picking up their energy of disinterest, which felt like lack of support and they were picking up her annoyance.

She was becoming a spiritual bully. And a bit of a spiritual snob.  Not recommended when what we want is to feel supported.

Ellen believed that growth and change meant losing the people around her and it was a self fulfilling prophecy. Whilst it might be true that some of her friends might drift away…it’s part of the circle of life, it didn’t follow that she needed to be on one side of the spiritual aisle and everyone else on the other.

Energetically, her beliefs and the beliefs held by those around her were creating a giant vibrational wall.

No one can help or hurt without your permission.

Eventually, Ellen relaxed and began simply to imagine that everyone was in a happy state.  She released them from the prison she’d had them in.  And regardless of beliefs, she blessed them, and herself, and allowed everything to simply be.

It might be true, or not, that 98% of our feelings don’t belong to us…but we couldn’t experience them if we didn’t accept them.  And if we’re unconsciously accepting someone else’s feeling, it’s because those feelings are in some way a vibrational match to ours.

By changing her perspective, Ellen changed her feelings, and stopped being willing to accept the conventional wisdom that her friends and family wouldn’t support her if she continued to grow and develop. And she finally understood no one could hold her back without her permission.

It took a while, and some effort on her part, but the upshot was that she started her own spiritual group, joined by many of her old friends, and a couple of family members, who’ve developed a curiosity and interest in her growth and experiences and are keen to experience something similar for themselves..

Have you ever found yourself feeling unsupported by those around you.  How did you change it?

I’d love to hear from you.

Your stories and insights and experiences help us all.

Encourage one another.  And I especially want to thank you all for the encouragement and love you’ve sent my way since my ‘coming out of the dark confession.’  Consider yourself virtually hugged.