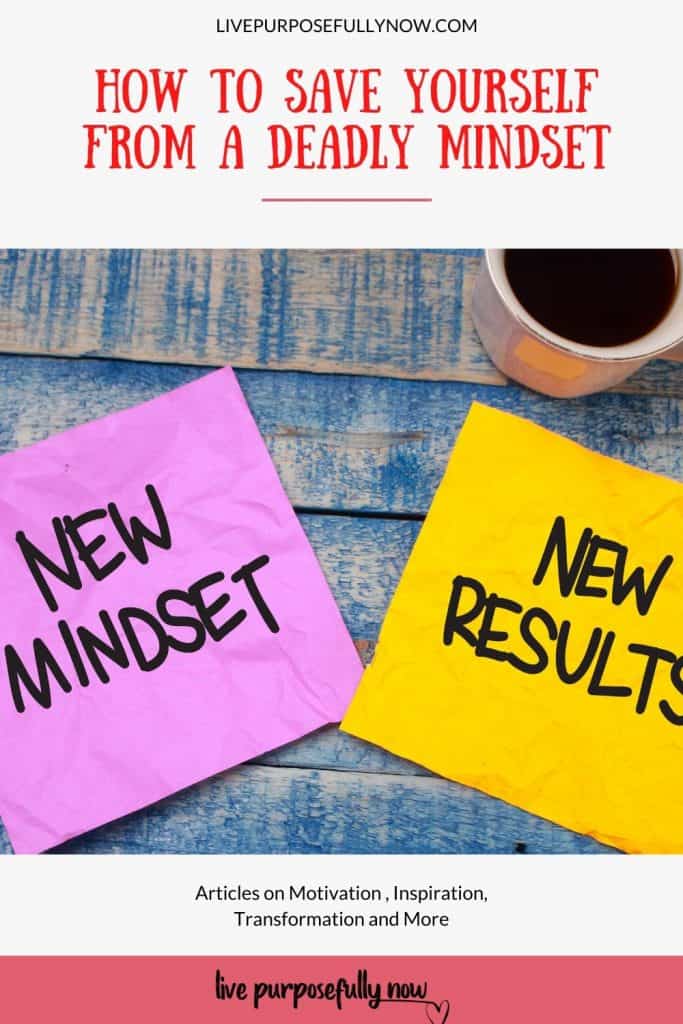 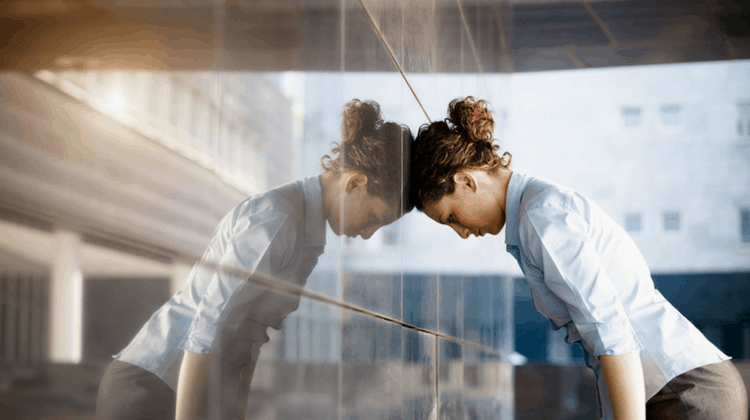 A while ago I didn’t know what a deadly mindset was, let alone save myself from one.

I was going through a divorce. Oh, divorce!… A nasty word that your lawfully (and silver anniversary celebrating) wedded parents didn’t want to hear, let alone support.

But the decision was taken, and everyone was going through the motions – except for me, who felt trapped in an endless carousel of emotions and conflicting ideas that made little to no sense.

To clear the air, I wasn’t the one asking for the said divorce and didn’t see any sign that my lawfully wedded husband was walking that certain path. It all came down on me like an avalanche, all of a sudden and without any chance for me to take a stand. He wanted out, right now, fast and easy and without any more comments.

Now being a 34-year-old woman with two jobs and a mortgage, getting a divorce is no easy feat.

First came the denial – this can’t happen and won’t happen to me. Of course, it was a bad dream which would end soon enough. But as things went down, the situation was clear – I was getting dumped by my husband.

Then came the anger, next the bargaining, then the depression – and this is the stage where things got really awkward, and finally the acceptance. All five stages of mourning and grief and I went through each and one of them without understanding what was exactly happening.

1. Noticing a deadly mindset means understanding and helping yourself

The real problem is that I was never a woman to be truly in touch with her emotions. I experienced them just like everybody else but didn’t give them much thought. I was too busy with the jobs, personal plans and trying to build a career to actually understand my emotions and the fact that their level of intensity, no matter if sadness or joy, are true game changers.

Depression seems to come naturally in cases like this. Of course, I wasn’t the only woman on the planet to deal with its signs, symptoms, and subsequent problems so I thought it would come and go without much fuss. But it didn’t. It was a deadly mindset.

Depression is commonly known as that “meh” state when you are sad and mopey, and nothing seems to be enjoyable anymore.

But if things were that easy we wouldn’t probably need therapists anymore. My stage of depression (as I was watching the man of my life slowly but steadily leave our home, move somewhere else, and talking about plans that didn’t include me) came with many more issues than a down state of mind.

My “sadness” – or what I thought sadness meant – quickly led to weight loss, lots of crying, and no mood to see people, go to work, or pursue my career goals.

And then some kind of fear came over me – and also grew in intensity (being left unattended) until it expressed itself in what looked like a heart attack one day.

Then came the nightmares (or were they already there?), the exhaustion, the poor quality of sleep and some little tics and habits that seemed awkward but endurable.

Imagine going through six months of lack of sleep, fear, swamps of sadness, nightmares, weight loss, abuse of caffeine to barely function at work, isolation, some sort of heart attacks at least twice a week, inability to focus, negligence in hygiene or choice of clothes and so on and so forth.

And all of them while I kept telling the world that I was sad because of the divorce.

2. Ignorance is not bliss

I had to lose one of the two jobs before I figured out that it wasn’t just sadness, it really was a deadly mindset that was slowly choking me. The heart attacks were rock-solid panic attacks which took me to a therapist the second I couldn’t hide them anymore from my co-workers.

The strangest thing that I felt ashamed of and pissed off about is that I still considered all these issues to be normal. I knew there were plenty of job opportunities and one setback was just a setback and not a symptom of something far worse.

It took my former boss (the one that fired me for my own good) to insist on me going to talk to someone in the field, because despite my constant affirmations that I was fine and it would be over once the divorce ended, I was clearly going through some things that required professional help.

The therapist was pretty blunt about things: why did I take so long to acknowledge the fact that I was experiencing a major clinical depression episode? Why did I let “sadness” escalate so much until I was a walking disaster?

It took me almost the same amount of time to really understand what a deadly mindset really was.

Sadness is one thing. Depression is a whole different matter.

Fear is healthy and natural. Anxiety and panic attacks need to be dealt with.

Some small tics were the onset of an obsessive compulsive disorder I thought was a thing from the movies. Being restless and lacking sleep is not the same thing as depression-induced sleep disorders.

3. Functional emotional levels vs. clinical ones – why aren’t we taught this in school?

The first thing my therapist taught me was to understand and internalize my emotions’ intensity levels. This is a lesson we should be taught in kindergarten because if we don’t differentiate between different levels of emotions, we won’t be ever able to recognize when things are truly wrong.

I was about to be admitted to a hospital because of being overwhelmed by sadness or, even worse, maybe the psychiatric ward!

I took baby steps for the next couple of months, focusing on myself, on my emotions, on their levels of intensity and their mixing to go back on track.

The other job I had was going pretty well, but I didn’t want to become such a mess to lose that one too. The therapist taught me to pinpoint emotions, to evaluate their intensity, to understand where they come from and how they evolve and to get them in check.

The divorce is behind me now. I managed to keep my cool and get as civilized about it as I could. I never went back to the company that fired me for crying under my office desk or for scaring everybody with panic attacks. I can sleep for a few hours straight, I can eat, and I can see my friends once a week without feeling the world coming apart.

Best part of this experience? Understanding my emotions and their levels of intensity helped me deal with more things than overcoming post-divorce depression – now I understand how frustration works and how to manage low frustration tolerance issues at my new highly competitive job.

I understand that a moderate level of anxiety can boost motivation, while a higher level of anxiety can impair you for good. I now know that sadness can be a good motivator together with annoyance – but when depression and anger strike, they are all enemies working against you.

And a week ago I went on a date without being overwhelmed by shame or fear.

To make a final point:

This is how you save yourself from a deadly mindset…you start noticing and then gradually work yourself through the hard times, you focus on the bright sides and if there aren’t any, you create them!

We don’t have to talk about what we feel every day and surf pink fluffy clouds – but we do have to learn when negative emotions are functional and when they become threats to our very existence.

Amanda Wilks is a former Boston University valedictorian and a dedicated contributing author for Best Job Descriptions. Being passionate about everything related to career-building advice, personal motivation, and productivity, she loves helping people step out of their comfort zone and find ingenious ways of living. 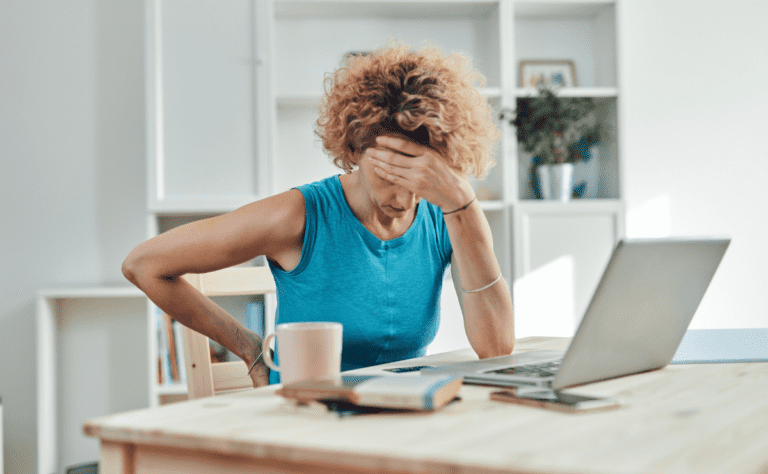 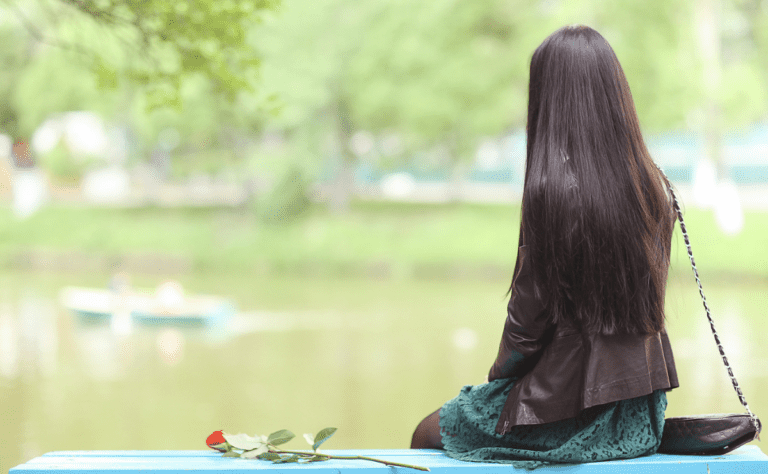 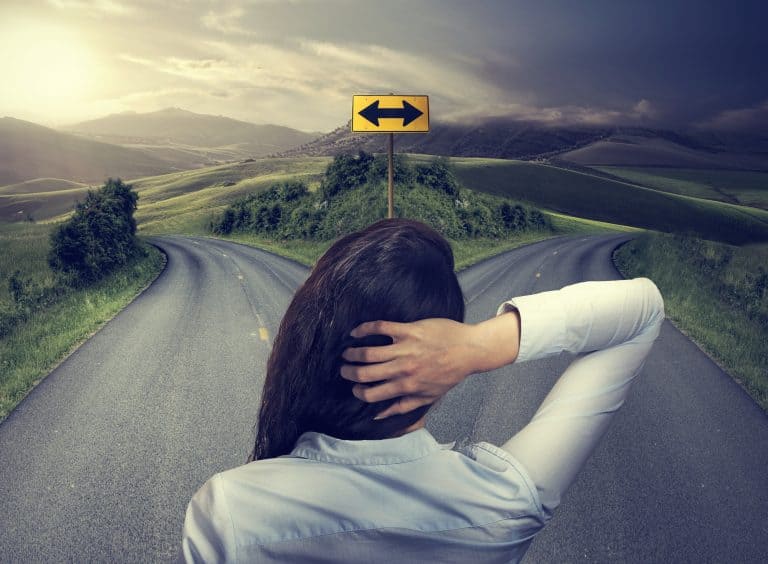 How to Make Decisions You Won’t Regret