You don’t know exactly how it happened.

You woke up one day and all was not clear in the world.

I’m writing this from the perspective of someone who has had a miserable cold and cough for the past ten days, followed by conjunctivitis in both eyes.  In other words, life is a pretty much a hazy blur. And this from someone who hasn’t had a cold in…oh I don’t know…donkey’s years.  So what’s up with that?  You might well ask.

And I will answer, it’s totally and I mean the word in the strictest sense, totally about what’s in my consciousness. What my state of mind is.

Yes, it’s all down to me in some way shape or form.  Don’t get me wrong, I’d love to place the blame squarely on the kids, those fellow passengers on the plane, or even California with its five different weather systems.  But how can I, when in my heart I know, nothing comes to me unless I draw it.

It might be the truth that some miserable toady virus had to infect me in the physical world, but if I’d had a different state of consciousness it would have been squashed like the bug it is.

My Darling One, had the same trip, with the same experiences, in the same places and he is totally virus free, even after hanging around with me at pretty close quarters.  If I’ve never mentioned that he’s a wonderful nurse and cheerer upper, it would be because I never get sick.  Well usually not.

How about you?  What’s going on in your world that you’d rather not.  What are your predominant thoughts, have you changed them much since last year, last month, last week?  If insufficient changes have occurred, then insufficient alterations in life experiences have occurred also.

Want bigger, better changes in your life?  Or any change at all, big or small, we love them all.  Then think better thoughts.  Keep intervening in the negative ones and create those new habits.  Nothing new will ever appear in our outer physical world unless and until new ideas and thoughts are formed in the inner.

Exercise, not your body, though that’s always a great idea, but in this case it’s your imagination that needs a little exercise.

It’s not a complicated thing.  In fact it’s pretty simple really.  We can’t allow the luxury of a negative thought if we are to transform our life.  And strangely enough negative thoughts are a luxury, because they’re lazy thoughts, without any effort.  From old habits.

Watch out for your interpretations

I saw first hand how this works a little while back.  I had lunch with a friend, who fell out with her sister twenty years ago.  She met up with her sister recently and had experiences that she interpreted as business as usual – her sister lies to her.  Yet the incident she described could be and was interpreted differently by me – I don’t have her habit of thought around it.

An event occurred twenty years ago that was interpreted by her, setting up beliefs in her that she holds to this day and reacts from those beliefs in the same old way.  You know the old saying, if nothing changes, then nothing changes.

So not necessary.   I’m imagining something quite different and more lovely, for her.

Anything like that in your life?  Pack it in.  Check those reactions and understand they come from old beliefs, old habits of thinking.  Time to move on.  Let all that negativity go, it’s an anchor around your neck, around your life.  Or in my case it just leads to a blurry, hazy view of life, which might actually be okay, except these baby blues are in pain right now! 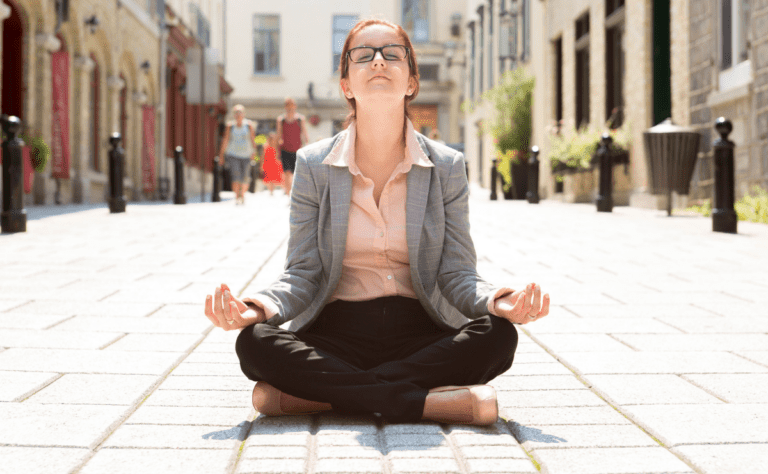